Outdoor flamenco. A day at the Hacienda (Cortijo)

From our Tablao in Seville we have been lucky enough today to be able to enjoy a day of Flamenco outdoors. Our friends at Cortijo Pallarés have prepared an outdoor activity for us today that links with our desires to enjoy nature and on an ideal day to enjoy with children. 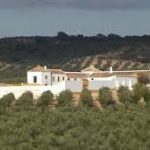 The Cortijo is a very large piece of land that occurs mainly in the region of Andalusia and other parts of southern Spain. It usually belonged to a single owner, or Land Lord (Señor), where in a large townhouses it distributed the accommodation and storage needs of the for the different works from the country 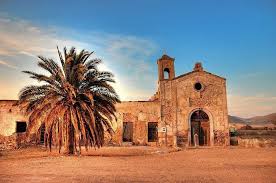 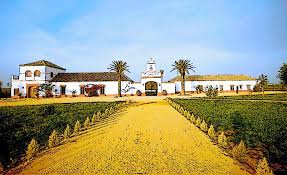 Its origin dates back to the Roman villas, although with the passage of different civilizations in the Iberian Peninsula, it was experienced, multiple changes especially in the materials used moving from Roman stone to mortar inherited from the Muslim farmhouse (Alquerias). The advanced lords of the reconquest were rewarded at the end of their services to the kings with tracts of land that are shaping the current appearance of the Cortijo, to this day.

The Cortijo, in itself is the extension of land. Therefore, the joint buildings that keep it are also referred to as cortijo. Also, it’s known as Hacienda. But unlike the Cortijo, the Hacienda contains a chapel to officiate Mass 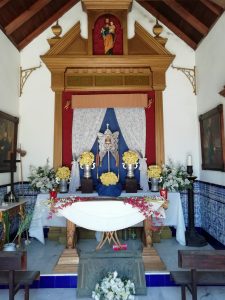 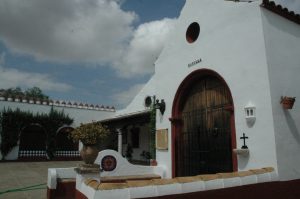 and it also used to be the house of the landowners, who could live permanently or by alternating their stays with residences in the city. This fact was very notable in the city of Seville, where in many of its palaces and noble houses you can see stone mill wheels on the bottom of its exterior walls, with two main functions: protect the walls of the narrow passage of carriages and on the other hand, as a note of prestige knowingly that the stones came from their own lands. 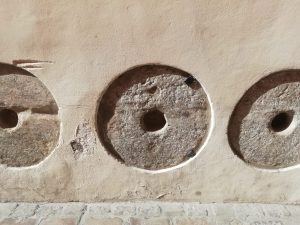 In a Cortijo job is hard enough. One side , with the work of tilling and cultivation as they are especially in Andalusia, the olive tree and the vineyard and, also, wheat, cotton, sunflower, oranges and different fruit trees.

Livestock, especially bovine, with a great presence, especially outstanding work with brave cattle using the horse as a faithful collaborator in the tasks. There are also all other cattle and farm animals, as the lands are so large that they accommodate everything. 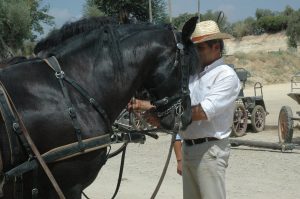 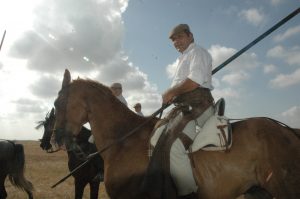 In the Cortijo, el Patio (the central courtyard) from which the rest of the outbuildings are distributed. The Patio, in addition to being a source of ventilation and luminosity for the whole set, serves as an open space to carry out different works related to the day of the day of the Cortijo and, of course, meeting point to celebrate the most anticipated moments of the day after the effort of physical activity. Andalusia is familiar and the Cortijo was not going to be less and in the courtyard of da in perfect place for outdoor activities with children. 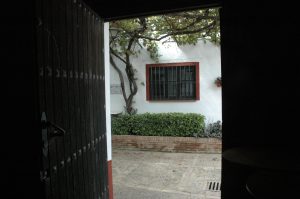 Today we have the chance, after work in the countryside and the beautiful horse-drawn carriage ride to the nearby town of Alcalá where we went to buy your famous bread and enjoy your views of the Castle from the road of the Mills by the Guadaira River. 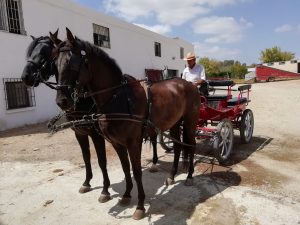 When we arrived, I was almost all ready to taste the paellas that our friend Carlos had prepared us, one of seafood to the master and a traditional Valencian which did not lack its snails. 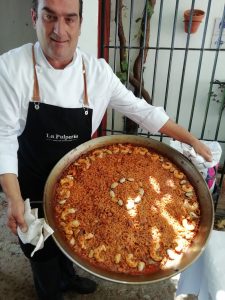 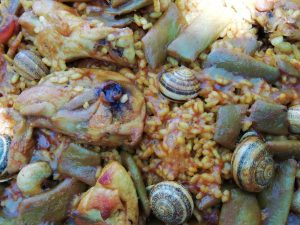 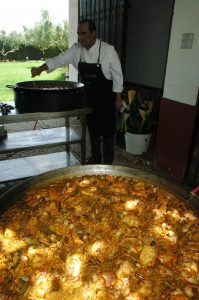 And luch finished and just rested, it’s time to throw out a “song” appropriate to the situation. Juan Toro as lead vocal and Carlos Ayala like Master guitarist, both artists from Pura Esencia Flamenco give free rein to the most given for the situation: fandangos and alegris. CLICK on the Photo to enjoy some Alegrías(*) 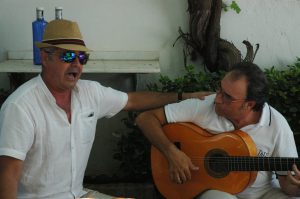 And a thousand other things that happened that we would like to tell you from Pura Esencia Flamenco.

We will repeat again, since Seville and its climate offers us the opportunity almost all year round to enjoy these moments outdoors and so close to the city and that we are sure that you will have the opportunity to share very soon from the experiences of Persimmon Travels with Flamenco outdoors 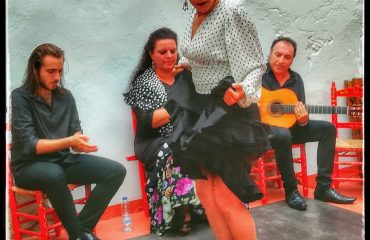