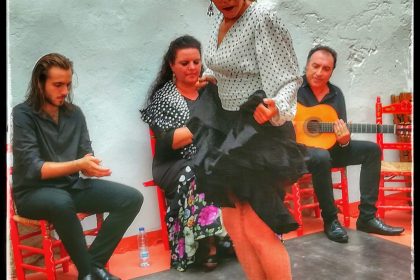 The Soleá by Bulería, within all the different styles of Palo de la Soleá, is the variation that is most close to the dance, in this case by Bulerías.

The Bulería, which is a “palo” that we will already talk about, has its origin and maximum expression in Jerez de la Frontera, one of the cradle of Flamenco and with a really differential style compared to other places also called cradle of Flamenco. 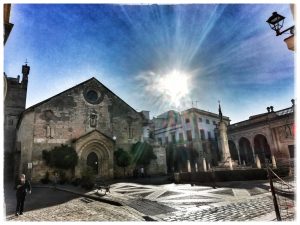 The twist of the Bulería grants the singing by Soleá, a complete style of singing, dancing and guitar, which transmits to the lucky viewer a very long moment of contemplation of flamenco art in general. At the same time, the content of its lyrics are usually of very popular and anecdotal roots of traditional daily life. That is why, it is a “palo”, although with the highness of the Soleá, very given spontaneous singing between groups of friends or neighbors, as is the case of the Andalusian Patio.

The Andalusian Patio, is a very characteristic room of the houses of this land. The Patio, as we know it today, is an interior extension of the outbuildings of the Andalusian house, usually at the bottom of them and hidden from the view of the facade: that is because of the influence of Muslim culture so eradicated in Andalusian culture. Its function is diverse, providing ventilation to the rest of the house, caused the outdoor running and next to the high ceilings of the rest of the rooms. In addition to the coloring of white, it supplies natural light reflected in the house. Apart from the lime with which the white is colored, gives it hygiene properties 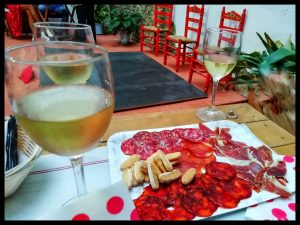 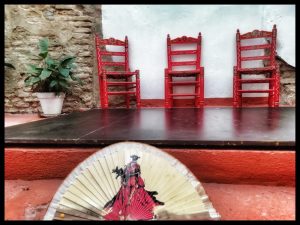 The Patio is often used as a meeting point, especially at the end of the day, and gives rise to spontaneous expressions of coexistence. It is a place free of criticism to express yourself in the singing and with enough space to unleash the dance. For this reason, the bulerías, a cheerful and popular song have that development in the Patios of Jerez, and the dances, so characteristic, developed in little space and with a graceful but little raised gesture in arms, confer an innate elegance that give distinctive mark to the style.

The urban development of the largest cities of Andalusia, gives rise to the Corralas de Vecinos, or Patio de Vecinos, or house of Vecinos. In different ways, they all have the common element of the courtyard, around which different families lived, in individual apartments of few rooms-sometimes only one-. sharing then others such as the bathrooms, the kitchen, and the laundry room. The outdoor patio is conferred in a nexus place where coexistence is encouraged and therefore the development of artistic expressions such as flamenco, impregnated in the day-to-day life of the Andalusian people.

A good example of this is the Triana district in the city of Seville, where there are still several corrals of neighbors, already suitable for the new times. These courtyards, you can see them in our Flamenco Tour of Pura Esencia, in addition to knowing the roots of Flamenco in Triana. 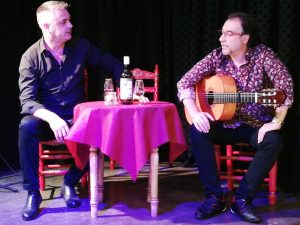 Juan Toro: Good afternoon, how beautiful the Soleá sounds by Bulería; What a flamingo, what a flamenco stick. It is a stick that is intersmedied between the “Soleá” and the “Bulería”, hence its name. It is like an accelerated Soleá, or we can also call it a bulería, slow: from there this “stick” is born so authentic. That even, Carlos, for the dance…

Carlos Ayala: …. it’s very danceable! by the pace he has, which makes him more comfortable; although it’s complicated too

J.T. : Really this flamenco stick, which is sung a lot and since Flamenco is “World Heritage”, is a good opportunity to hear it. But where much has been practiced, and very good singers have come out of this “stick” is in Jerez de la Frontera 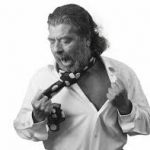 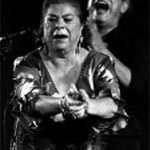 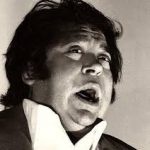 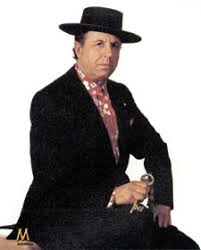 But here we have the main dish of our blog today: a Soleá by Bulerías in an authentic Patio Trianero, the Patio de Pura Esencia Flamenco. Our dear artist, Ana Fernández is branded is beautiful soleá by bulerías, accompanied by the palms of Natalia Blanco. 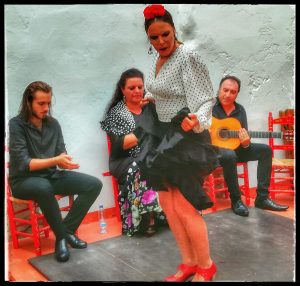 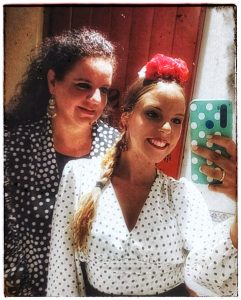 Lucas’ dancing and the guitar touch of Carlos Ayala accompanied by John who masterfully conducts this moment for the enjoyment of friends of Pura Esencia Flamenco. 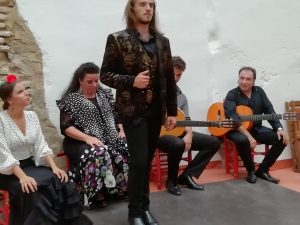 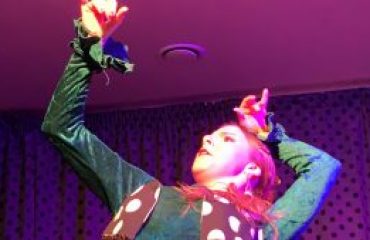 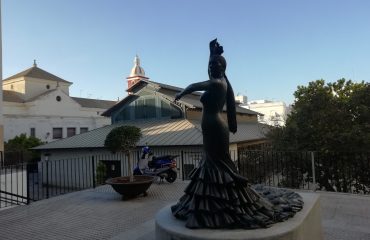 What Flamenco is?. Las Peñas de Flamenco in Sevilla